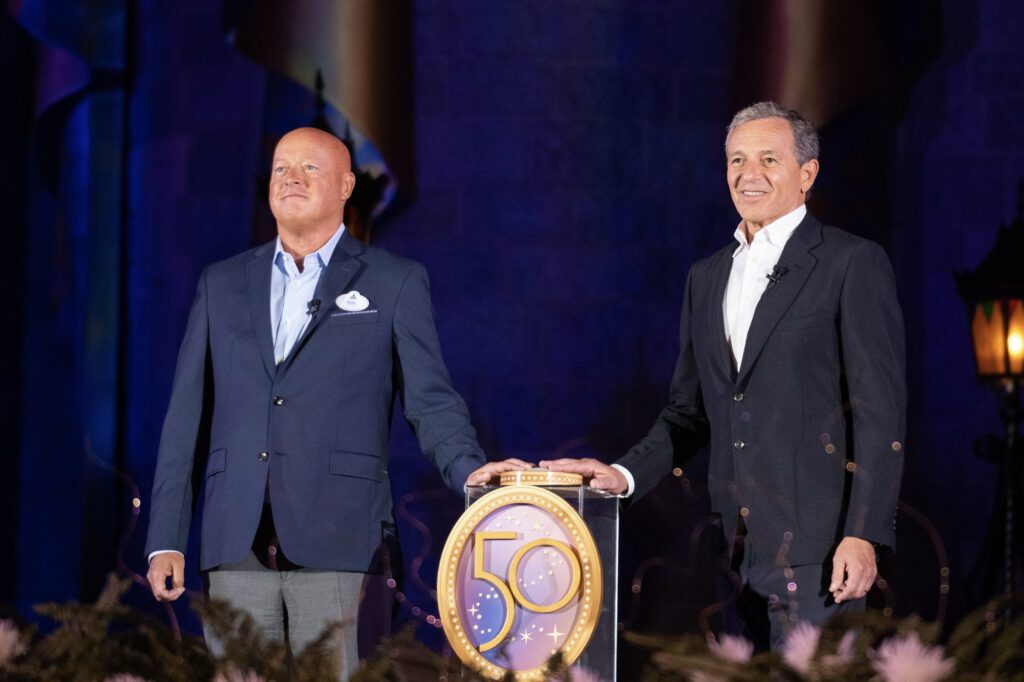 Thanking Bob Chapek Disney indicated the reason for the move. Bob Iger has been a popular CEO having lead the company for many years, and is well respected by employees for his strong leadership.

Let’s not mince words Bob Chapek has not been a popular CEO for fans who have been vocal about his plans and cost cutting methods. The reintroduction of Bob Iger to CEO will be a welcome move for many.

The Walt Disney Company announced today that Robert A. Iger is returning to lead Disney as Chief Executive Officer, effective immediately. Iger, who spent more than four decades at the Company, including 15 years as its CEO, has agreed to serve as Disney’s CEO for two years, with a mandate from the Board to set the strategic direction for renewed growth and to work closely with the Board in developing a successor to lead the Company at the completion of his term. Iger succeeds Bob Chapek, who has stepped down from his position.

“We thank Bob Chapek for his service to Disney over his long career, including navigating the company through the unprecedented challenges of the pandemic,” said Susan Arnold, Chairman of the Board. “The Board has concluded that as Disney embarks on an increasingly complex period of industry transformation, Bob Iger is uniquely situated to lead the Company through this pivotal period.”

“Iger has the deep respect of Disney’s senior leadership team, most of whom he worked closely with until his departure as executive chairman 11 months ago, and he is greatly admired by Disney employees worldwide—all of which will allow for a seamless transition of leadership,” Arnold said.